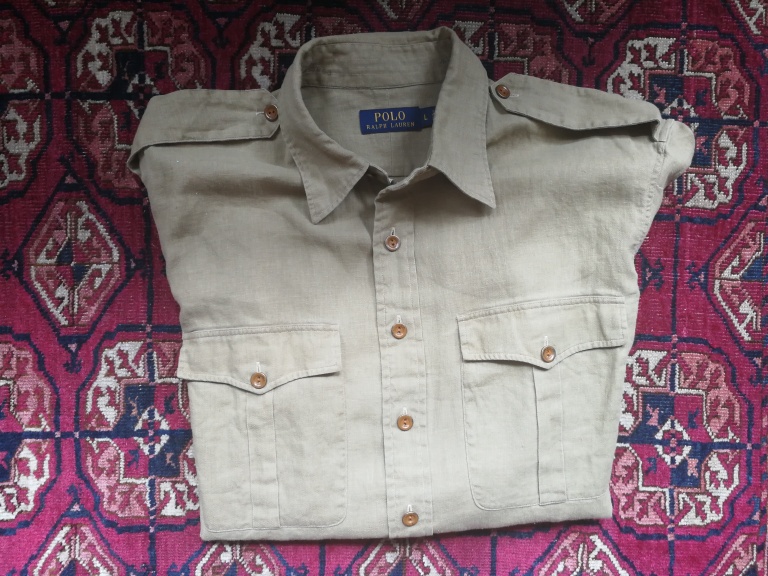 When you really think about (needless to say I’ve been thinking about it a lot lately) the world of Ralph Lauren is a world of some really disreputable shit. The English country is beautiful as a fantasy, but does it really speak to the core values of the American project as it existed in times less fogged with the miasma of stupidity than we find ourselves stumbling through today? Can anyone square the ethos of the pioneering cowboy with the horrible reality of manifest destiny? Does the preppy ethos – a world of elites and inherited wealth – really seem charming beyond the sweaters and the sailboats? Would any of the urbanites who bolster their hollow existence with 19th century workwear survive more than a few minutes in the squalid factories of the late industrial revolution?

No aspect of your world is more discredited, and yet as unfathomably appealing, as safari. Almost every aspect of safari – from the colonial adventurism to trophy shooting – seems inimical to the way we live, feel, and think now. One needs to think only of Cecil the lion to have some vague idea what I am talking about. But safari-inspired clothing and the whole world around it remain a perennial staple of the collective fashion imagination. This is some well-trod ground, and you probably know it all anyway, so I won’t waste your time talking Lord Kitchener and Teddy Roosevelt and YSL. 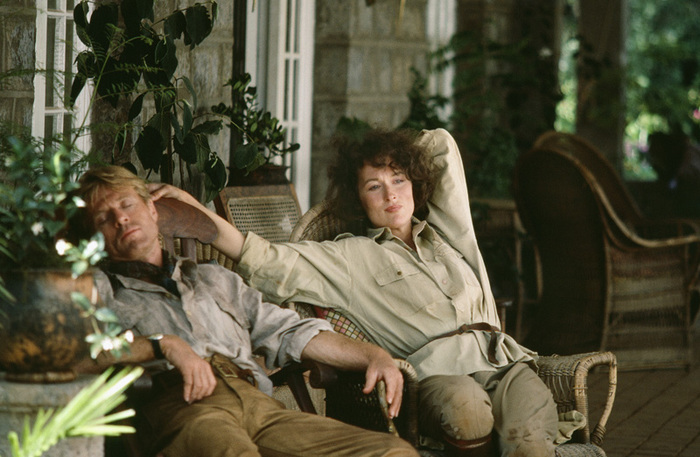 You launched your safari campaign in 1984, a year before the movie Out of Africa came out. I remember reading once that you never owned a pair of jeans until you met (and became enamoured with) Robert Redford. There are some interesting parallels between the two of you and your style, but let’s just say that you beat him to the punch here.

This divide between the appeal of the past and realities of our own era couldn’t find a better avatar than Ernest Hemingway. You remember him? He was once the greatest of American novelists and manliest of all men; he now spends most of his time being retroactively diagnosed as a concussion sufferer, a victim of PTSD, and someone who liked to force his wives to cut their hair like his and have them shove things in his ass. Could anything be more modern?

But the image of Hemingway, the one I’m sure many young men form when they first discover his books at a young age, is hard to shake. It isn’t very modern, but I still feel that teenage-tinge of awe when I see photos of him like this:

But I don’t tend to wear them a lot – and when I do I always feel very uncomfortable. In a modern, urban setting it just doesn’t make sense. The only people I have ever seen in real life looking good in a safari jacket are diminutive old men. Sort of like Hemingway, who was the right man for his time but the wrong man for ours, safari will never not appeal to those instincts we swallow and hide, will never not whisper to us of a world we long for but, luckily, we will never have to endure.

And if I ever find myself in a situation where I am watching the sunset over sand dunes while sitting on the hood of an old Land Rover Defender, I know I will have the right outfit for it. Just one less thing I have to worry about.