Two things I promised myself I wouldn’t do in these letters were to include photos of me posing in outfits or to photograph outfits neatly arranged on a suitable backdrop. 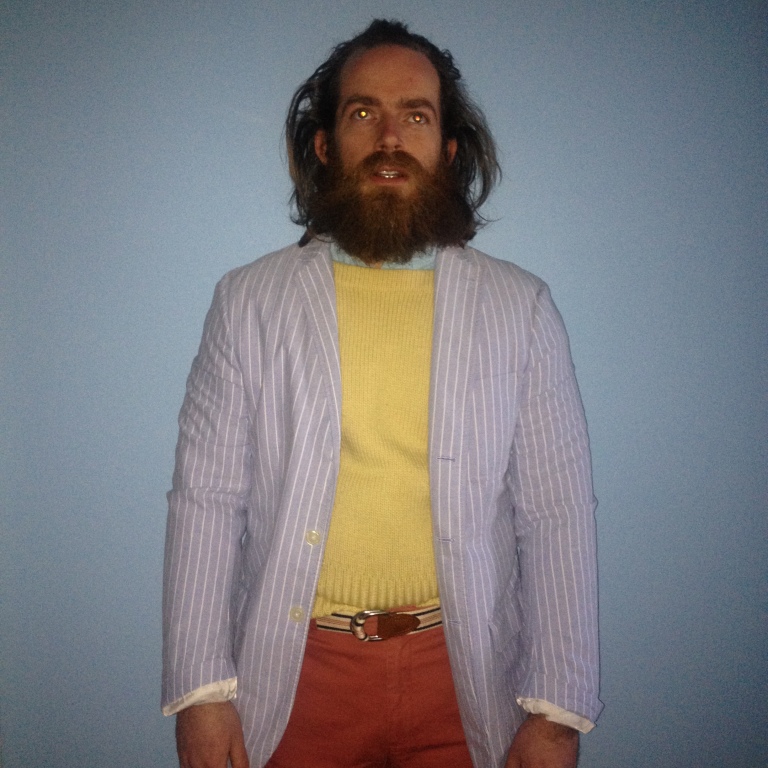 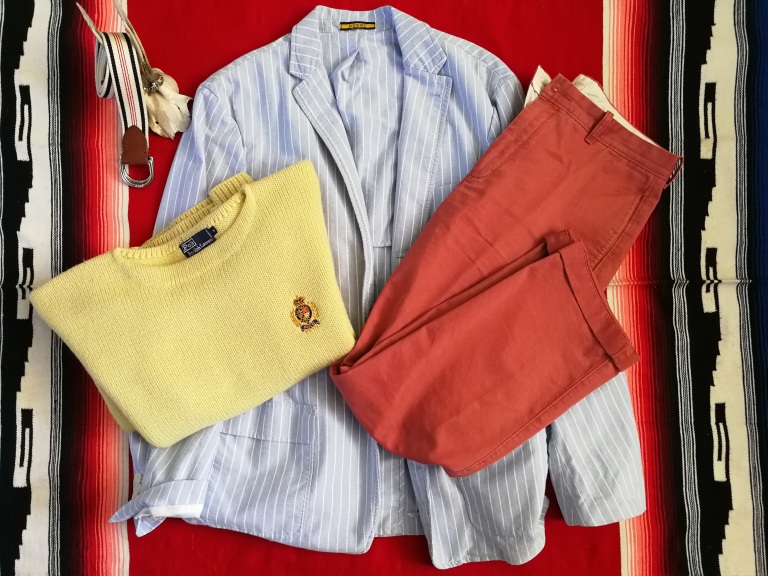 Why? There are a number of reasons, but basically because these are the most eye-roll inducing things I see in the online menswear universe. I don’t want these letters to be typical web stuff. Plus, as I think you can tell, my ambivalence about the web is making it harder and harder for me to write about you, your brands and your clothes.

Take this Rugby blazer, for example. I didn’t pay much attention to Rugby when it was around. I think this was more geographic (I feel like its presence in Canada was marginal, if at all) than demographic. Had it been available, I think it would have been the kind of thing I avoided because it so exactly depicted how I wanted to dress back then I might have assumed it was mocking me. 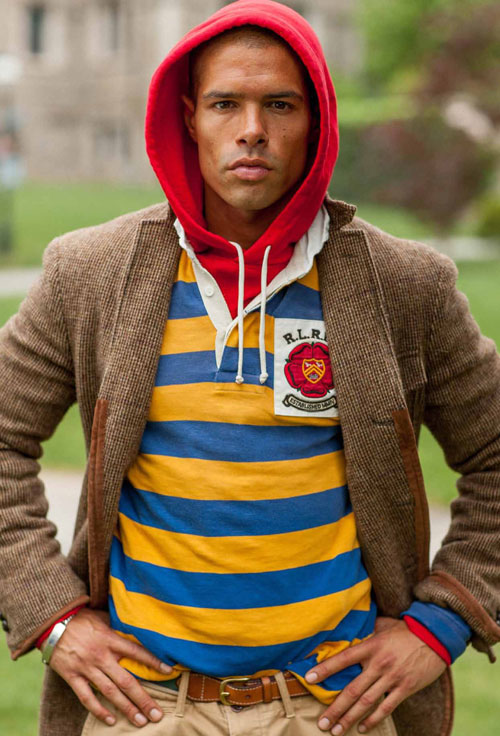 The brand launched in 2004 and you’ve described it as the “son of Polo” – this sort of does the trick, although I think a Dr. Frankenstein and his monster metaphor might be a little more apt – and shuttered in 2013, when it had evolved into something just too close to Polo.

It is a brand that still elicits a strong response. Just check out the comments section on a recent post over at Ivy Style and you’ll see what I mean. I would never have really given the line too much thought if I hadn’t found this blazer at a thrift store for $8.

I bought it last fall and put it away for spring, normally the preppiest of all my dressing seasons. I was planning on wearing it over a thick wool, boat neck Polo crest sweater and Nantucket Reds. It was going to be one of those “go to hell” preppy looks that spring was made for. But the truth is, I’m not excited for it.

I’m not working right now and I’m home almost all the time. Despite promising myself that I’d get dressed everyday, I will confess I’ve spent more time in jogging pants in the last six months than in my entire life before that. It has also been about a year since I cut my hair or trimmed my beard in any meaningful way.

In the past, I always assumed my bigger beard balanced (and was balanced) by the preppier aspects of my wardrobe – a sort of discursive mash-up that might let people know, despite the navy blazer, I had spent the morning listening to Xenakis and the Wu-Tang Clan. (It didn’t.)

It hasn’t really been a conscious choice to let my hair and beard get as wild as they are: it’s more of a resignation. The truth is, without a job to provide a role to dress for, I don’t know how I want to look. From my long locks to the socks on my feet, I’ve sort of stopped caring. Caring yes, but not obsessing. So I am letting my coiffure dictate my look instead of the seasons this spring and saying goodbye to Prep Van Winkle (pictured above) and embracing a mood that might be neatly summed up as: Dennis Hopper, Santa Fe, 1970. 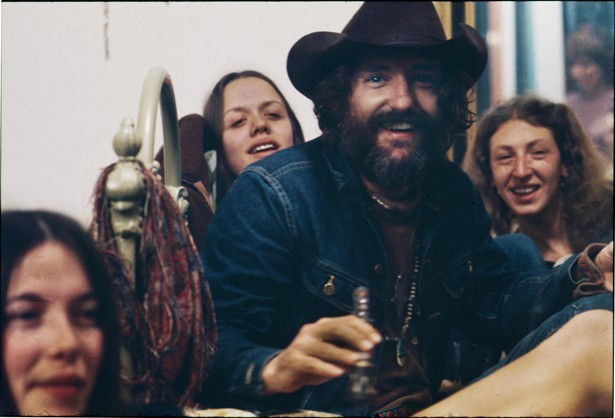