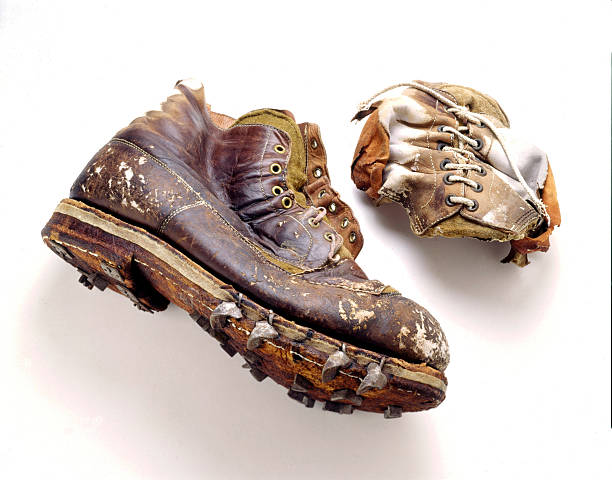 As we come to these final letters, I’ve been looking back and trying to see what, if anything, has been accomplished. I had promised you that I would tell the story of your brand (and my obsession with it) through 50 objects. But mostly I’ve ended up writing you letters that describe the unnecessarily complicated reasons why I have a hard time wearing clothes that I’ve bought (often in thrift stores or on sale).

I’ve also tried to focus on the internal workings of my obsessions and avoided, as much as possible, broader readings of the meanings of clothes and their place in the world. Ralph, forgive me for not grasping a more elegant way to phrase this, but the world in 2017 is pretty much fucked.

And Polo, while being an interesting launching point to discuss the intersection of Herman Melville and the Wu-Tang Clan, is an American brand. It might be, if you’ll excuse the attempt at flattery, the American brand. When I first fell in love with Polo a statement like that might have been complicated, but it was hardly (in the vernacular of 2017) problematic.

Being a brand that represents American aspiration in the Trump Era isn’t easy. Adam Gopnik, writing about a new collection of Philip Roth’s non-fiction, talked about how different American patriotism will be for a generation of young writers growing up now:

No writer of the more recent generations will participate in this patriotic pageant quite so serenely. Not because they are “anti-American” or indifferent to America—just the opposite—but because younger writers take the world as a living principle within their work. They go places, without eventfulness. The crises that stir them tend to be imagined on planetary rather than patriotic terms, and are no worse for that.

For Roth, six years your senior, patriotism was about going “all in” with the American project, a project that defined and was defined in equal parts by where you came from, who you were and your willingness to engage in a country that was as specific as a city block and vast as the ocean all at the same time.

While you were Instagramming pictures of teddy bears in window displays, Patagonia did this:

This is hardly the time or place to break down Patagonia’s style; an odd blend of anti-fashion mixed with life-style broadcasting, it is almost a bizzaro-Ralph Lauren. Instead of relying on fantastic signifiers of money and utility to create the brand’s aura, Patagonia announces its luxury through the utility the clothes advertise in their lack of style, presenting the moneyed adventures of the wearer as something that needs no comment. Patagonia’s clothing presents a world where picking the kids up from school in the SUV is as natural and inevitable as a base camp in the Himalayas.

Patagonia’s founder, Yvon Chouinard, doesn’t really run a clothing company. He runs an outfitter, geared toward a lifestyle that is singular, irascible and inspiring. A profile that ran of him a few years ago in the New Yorker was one of the most enjoyable bits of writing about a person who sells clothes I’ve ever read. What is so incredible about Chouinard, so inspiring, is that he has achieved the ultimate style goal: he is, without a doubt, beyond clothing. I don’t mean this in the way that G. Bruce Boyer described asking a doyen of Philadelphia high society where he bought his evening dress from only to be told that ‘one doesn’t buy clothes, one simply has clothes.’

Chouinard seems like the kind of man who would find it absurd that I’ve spent a lot of time online trying to find out what brand of boots Walter Bonatti wore. And he would be correct. It is absurd. 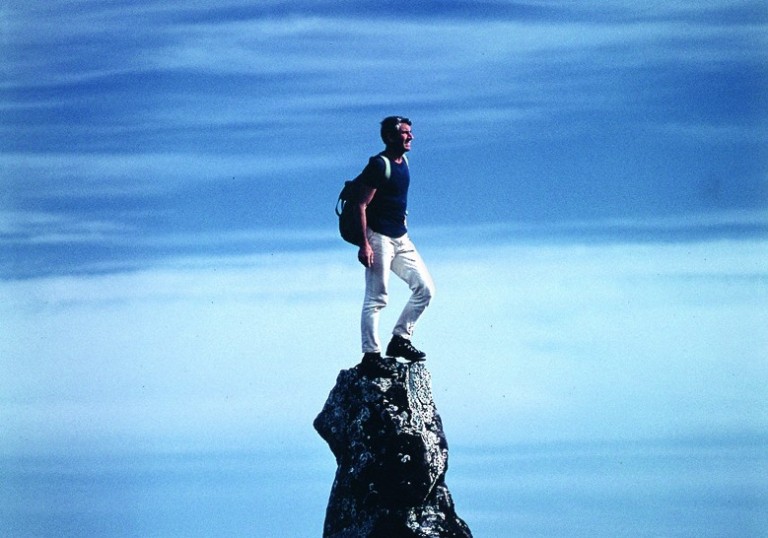 I know. I know. At this point you must be scratching your head and wondering what, if anything, this has to do with you and Polo. It has to do with Polo because I hold you solely responsible for my unending quest to find the ultimate pair of mountaineering boots. 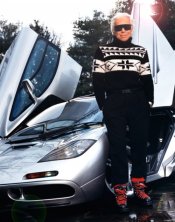 But more than these photos where technical footwear seems vaguely appropriate, there is this:

I love this look so much. The principal at work that makes this so good is the same as your youthful disruption of a tuxedo with jeans and cowboy boots. The jeans and the cowboy boots are like Glenn Gould’s first recording of the Goldberg Variations, bold, brash, brilliant, youthfully impetuous and unforgettable. The technical hiking shoes with a grey chalk stripe suit are like the 1981 Goldberg, wise, seasoned, still crystalline yet somehow mournful.

I probably saw this picture around the same time as I was reading Wade Davis’ great book about the first attempts to summit Everest. It’s a brilliant book, placing the conquest of the useless in the context of the Great War, making the summit of a mountain stand for the mourning of a generation lost to that other great conquest of the useless: trench warfare.

As always with anything edifying and inspiring, over time the excitement this book generated devolved into a simple longing for an unnecessary article of clothing. So with you in mind (and a healthy seasoning of George Mallory and Walter Bonatti), I’ve been watchful for the ideal pair of “mountaineering boots”. The fact that when I fantasize about having the perfect pair of mountaineering boots I’m more likely to imagine myself getting out of a chauffeur-driven car in a disrupted suit than standing on a summit says it all.

But sometimes things happen that shame you into realizing just how sad it is that the only mountain you will ever summit is your own ego. If these letters have one over-arching point, it is that clothing means something. But the sad truth is, like the mountaineering boots that sit gathering dust deprived of their purpose, clothing has become a way for me to disengage with the world.

On Wednesday Patagonia sued the administration as promised. Years ago you aligned yourself with the flag, a floating signifier that these days is more like Shakespeare’s idiot in its sound and fury and emptiness. The land is not an empty signifier. The land means something.

For the last few years I’ve hoped that embracing artifice would be the way that I could break the deadlock of authenticity. Who would have thought that in 2017 a clothing company could show you another way: by actually believing in something and putting your money where your mouth is.