Here’s that Raymond Chandler quote I mentioned to you last time:

There was a cornflower in the lapel of his white coat and his pale blue eyes looked faded out by comparison. The violet scarf was loose enough to show that he wore no tie and had a thick, soft brown neck, like that of a strong woman. His features were a little on the heavy side, but handsome, he had an inch more of height than I had, which made him six feet one. His blond hair was arranged, by art or by nature, in three precise blond ledges which reminded me of steps, so that I didn’t like them. I wouldn’t have liked them anyway. Apart from all this he had the general appearance of a lad who would wear a white flannel suit with a violet scarf around his neck and a cornflower in his lapel.

It is unnecessary for me to say that Chandler had a gift. His descriptions of everything, from vernacular California architecture to flora and fauna, are some of the greatest I’ve ever read. His verbal portraits of people are pure joy. His metaphors and similes, so eccentric and yet so precise, have rarely been rivalled.

What is amazing about this description (aside from the image it so vividly draws of the character) is the way it locates something ever so elusive about clothing and the wearer of clothes. You can describe someone wearing a white flannel suit, but to say that someone has the general appearance of someone who would wear the clothes they are wearing hints at one of the more difficult things about style.

How is it that some people look like they should be wearing the clothes they are wearing while some people don’t? I’m not talking about using an Alan Flusser book to figure out what colour shirt flatters your eyes, but something bigger.

I, for example, don’t look like the type of person who would be wearing clothing with embroidered equestrian or hunting details. So why is it that I am consistently drawn to anything Polo with a horse or a pheasant or a hunting dog on it? Why am I even now, writing to you about how it just doesn’t suit me to wear such things, desperately trying to figure out how to wear this pair of embroidered corduroy pants? 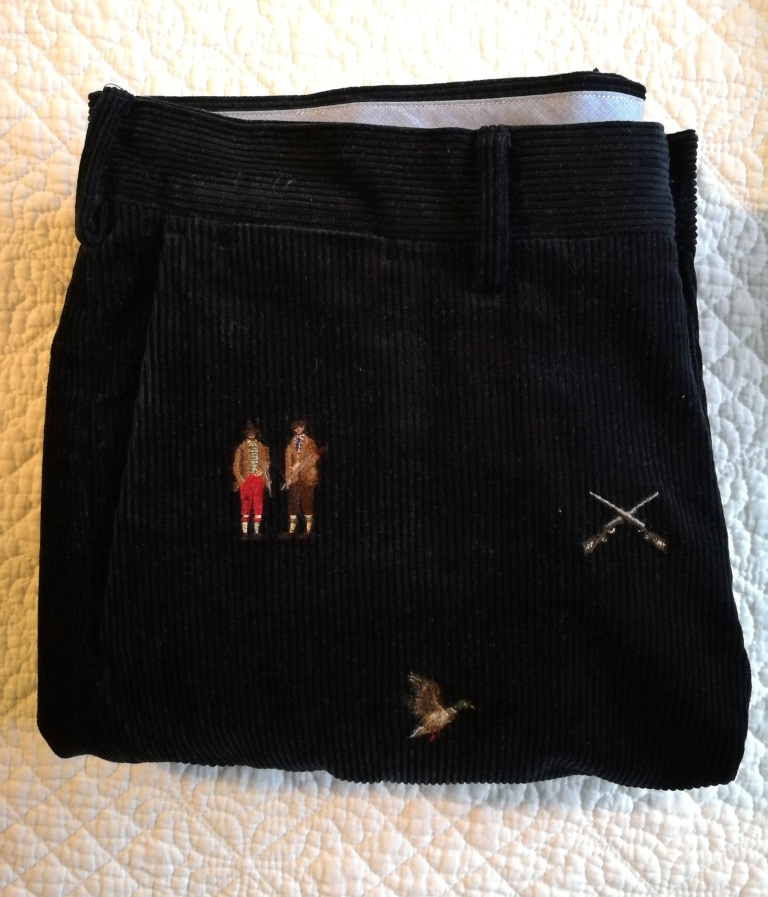 I’ve written to you elsewhere that clothes often tells us not only who we are, but also who we can never be. Unfortunately, they can’t give us the good sense to listen.