Last week we were talking about we dress around rich people, but I didn’t get to say everything I wanted to. Because even though a cable knit sweater might in some ways be a signifier of wealth and status, the truth is, rich people just don’t dress like I think rich people should. I don’t know if you’ve ever noticed this when you are reviewing CCTV footage from some of your boutiques nestled in high-end department stores, but it is a phenomenon I remark upon every time I go shopping: the staff inevitably look better than the customers.

This could be on account of a couple of things: a relaxed standard in the way people dress to do things like shopping, the dress codes of the department stores themselves, or changing ideas about what conspicuous consumption should look like. It doesn’t really matter. Nine out of 10 times the sales clerk will be wearing a perfectly appointed combo as he serves someone wearing $500 joggers and a $300 T-shirt.

It would take a mind more nimble and less self-obsessed than mine to decode the rise of athliesure and what it says about people with money, but I can tell you that my idea of dressing like a rich person and the way rich people actually dress is as wide of the mark as Donald Trump’s ideas about moneyed home décor. 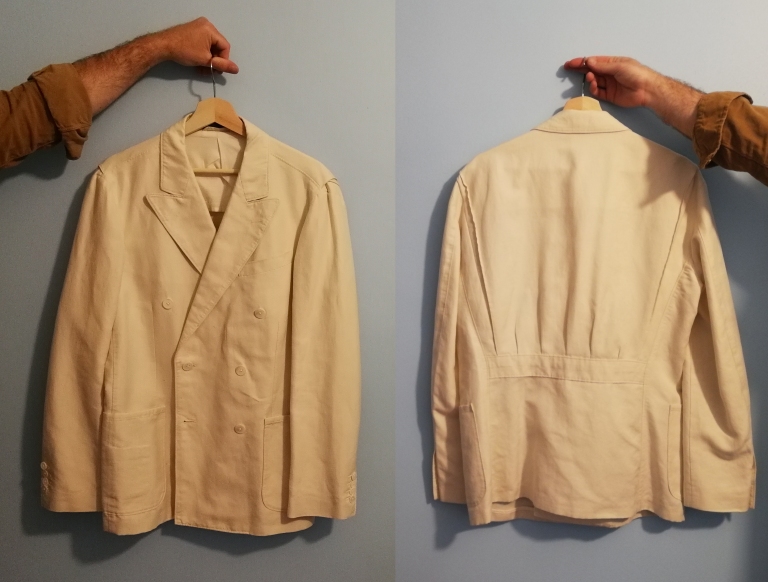 It is brimming with details that scream money to me. The peak lapels. The patch pockets. The banded back. It shouldn’t take you more than a second to figure out that my idea of dressing like money probably owes an unhealthy amount of influence to F. Scott Fitzgerald and Merchant Ivory Films. And, ultimately, this isn’t how rich people dress.

But why this myopia? More than that, this willful myopia? Why persist in thinking things should be one way when I know a) that they aren’t and b) that they shouldn’t be? I’ve read The Great Gatsby. I understand the perils of misunderstanding the rich.

There is an odd analogue here; not only are you widely perceived as a sartorial Jay Gatz (the humble beginnings, the name change, the creation of a total persona through sheer will), but your clothing as featured in the 1974 film version of Gatsby played a big role in your ascendancy. What a great confluence! What a great origin myth!

As with most origin myths, it is too good to be true. I won’t drag up the contested details of who designed what and where credit goes in Polo-land versus la-la-land, but like Gatsby’s unworn shirts and Daisy’s unfathomable tears, this story means more than is explicable. Like my pathological assumptions about the clothing of the rich, when depth of meaning surpasses reason you know we have entered the land of obsession. Dress it in all the cream linen you want, it’s still nonsense.

PS – Incidentally, the only time it really seems appropriate to wear clothing like this (for those of us who, regretfully, aren’t you) is to flapper-themed lawn parties and Gatsby-tinged summer weddings. Right now, my own salty-dog contrarian’s nature would never let me attend an event in the appropriate attire; odds are I’d show up in sweats and a T-shirt.