More than just being a godsend to limerick writers, Nantucket has an almost mystical place in American cosmology. This improbable elbow of dunes was the centre of America’s first global financial empire, control central for a grisly armada of floating refineries that poured money back to the island and a growing class of Quaker millionaires with names like Coffin. This period in Nantucket’s history obsessed Herman Melville, whose fascination with the island and the whaling industry gave American literature what could arguably be considered both its Odyssey and its Inferno.

In a strange twist, this world of monomaniacal revenge-seekers and grease-smeared industrialists would become a prep haven in the 20th century, a sometime artist colony, but mostly an Atlantic playground for the rich and influential. What an odd place that its two greatest gifts to the world are Moby-Dick and a chalky shade of pink.

I visited the island on a sweeping road trip in 2012 that took my partner and me through Concord, Nantucket, Philadelphia, Washington DC and the battlefield outside Gettysburg. I can’t think of a more delicate way to put this, so let me just say it was American as fuck. To travel from the home of Transcendentalism to the birthplace of the constitution, to swing from a Philly cheese steak to the monumental paintings of Thomas Eakins, to voyage from the neo-classical grandeur of the national mall to the quiet haunting fields of Gettysburg, did nothing to sate the awe that American history (and more broadly the American project) has always induced in me.

I have a few vivid memories of the journey, but I can bring back the specifics because my girlfriend has been writing a blog about things we eat for almost 10 years now and this always includes detailed records of any trips we have taken. This amazing record documents so much more than food; in many ways it chronicles our relationship and our development as individuals. And it has come to act as a sort of detached memory keeper, an annotated photo album that features more than just snaps: snippets of conversations, exercise routines, film reviews, shopping lists.

It let me know, for instance, that when we were in Nantucket we stayed at the Jared Coffin House. This is a bit of information I could have never brought back on my own, though with the help of Google I’m sure I could have figured it out. What it doesn’t record is if either of us realized that it was the same hotel Melville stayed in during his only visit to the island after he had completed Moby-Dick. I can’t imagine that I would forget this, but then again I can’t imagine I would ever forget staying in a place with a name as memorable as the Jared Coffin House.

Memory and the things that act as aids to memory (everything from a train ticket found in a coat pocket to a virtual drive through town via Google street view) are capricious beasts. Take for example the vest I bought from your boutique on Nantucket: 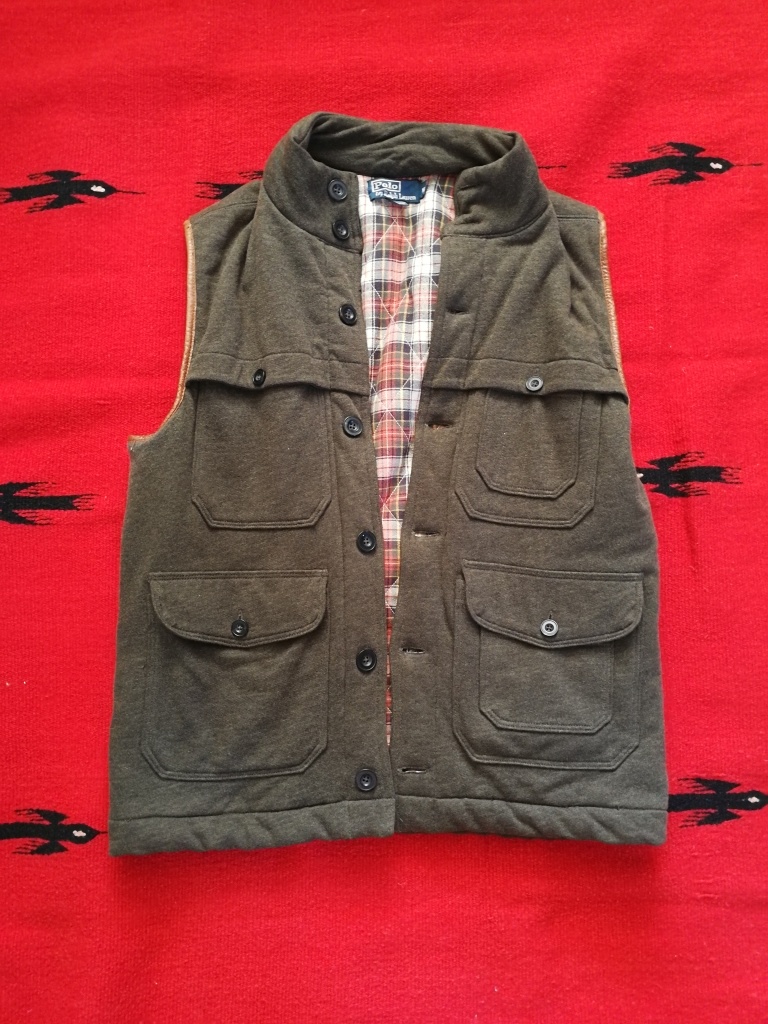 Nothing about this article of clothing has anything to do with the fabled island, except the fact that I bought it there. We had, of course, paid an obligatory visit to Murray’s Toggery Shop, but I was unable to find a pair of those iconic Nantucket red chinos in my size (it was the end of the season.) But at the Polo boutique I found this vest (it was on sale and our dollars were at parity) and I bought it. So even though the military colour and the hunting details having nothing to do with sun-dappled boat trips and sun-faded red pants, this is an article of clothing that speaks to me of Nantucket.

Years after his visit to the island, Melville noted in his diary that “sometime about 1850-3” he had met Captain Pollard, a survivor of the Whaleship Essex and the most impressive man Melville had ever met. The meeting left a vivid impression on him, but I find this note fascinating because of the large amount of time—three years—that Melville sets his recollection in. Melville had nothing like the aids to memory we have today: he couldn’t search his email archive for a reservation confirmation, he couldn’t take a street view walk to the door of the Jared Coffin House, he didn’t have a ten-year log of his life courtesy of his wife’s food blog. All he had was his intense meeting with a man who had suffered the ravages of shipwreck and been forced to resort to cannibalism in order to survive.

There is no record indicating whether or not Melville purchased any clothing while he was on the island. 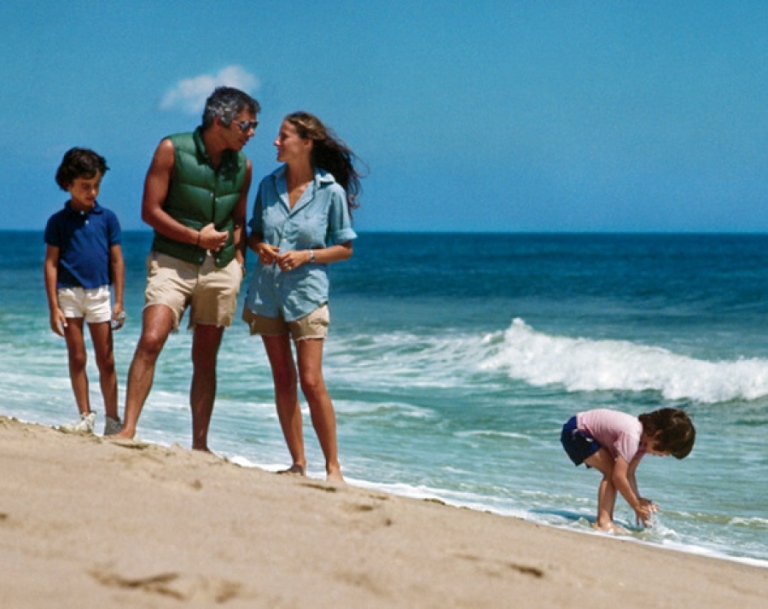 PS – Since this is, for the present time, the only Polo vest I own, I would be remiss to not take the opportunity to comment on this photo of you in just cut-off shorts and a down-filled vest. I remember once reading somewhere online (a person does these things) that what is so incredible about this photo is that looking at it you don’t even think ‘well if it is too hot for a shirt and pants it must certainly be too hot for a down-filled vest.’ That’s the magic I’m talking about, Ralph, and anyone who doesn’t get it can take their attitude and do something with it that rhymes with Nantucket.