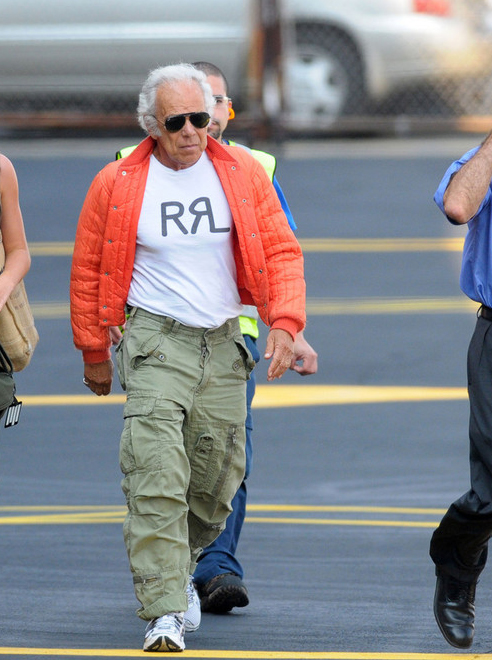 How up are you on the theory of cognitive dissonance? I only ask because this letter is full of it and while you don’t have to have read When Prophecy Fails to understand how I could buy a pair of cargo pants, it might help.

Because I hate cargo pants. I really do. And odds are, more often than not, I hate everything about the way a person wearing cargo pants looks. Head to toe. So how did I come to buy this pair?

For a start, I was certain that I had seen a photo of you wearing cargo pants in a really incredible way (I hadn’t, or at least google images fails to confirm this). Plus, I was walking around the Saks outlet looking for something, anything, to buy on sale. These were reduced, reduced again, and take an additional whatever off. When I tried them on for my girlfriend she didn’t think I was serious. And maybe I wasn’t that serious. But I was serious enough to buy them. Outlets make me make bad decisions.

In the world outside of your advertising, cargo pants say a lot about a man. That he values utility over style. That he is ready for anything. Or, in less flattering terms, that he has given up. There is nothing that a modern urban male needs that can’t be kept in the standard five-pocket pant and monogrammed LL Bean tote. But male anti-fashion, or whatever you want to call it, has always relied on expressing utility as the antidote to style. For an example of this, just look at any over-the-shoulder laptop bag. We know these laptop bags are not ‘male purses’ because of the excess of zippers, pockets, Velcro, and snaps. Utility exists to lull the anti-fashion male into thinking he isn’t making any style decisions, because style decisions are made by people who live without utility. But expressing utility is a style decision. A big one. That’s the first dissonance.

The second is the pair of pants in my closet, because I hate cargo pants, but I love these. And the reason I love them (which I’ll get into) is the third dissonance, something that I am only just realizing is at the centre of my love for Polo. These pants are all about the unnecessary but essential detail. I know. How can a detail be both unnecessary and essential? That is the third dissonance right there. A few photos should demonstrate why these are more than just a utility grade pant: 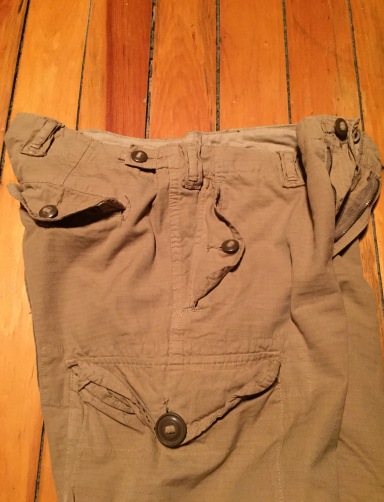 But I guess the real reason I’m writing you all this, is because I’m a serious person. I just casually referenced Leon Festinger at the start of this letter. So the fourth and final dissonance is why clothes matter so much to me and why I want them to mean so much more than they do. Printed in barely legible ink on the back pocket of the pants is a reproduction of the original wear instructions from the pair of actual combat trousers these ones are based on. A quick google search shows me the pair, shows me the label, gives me a little background on Canadian Combat uniforms.

It leads from there back into the development of side pockets by the British army during the run-up to WWII to the cargo style being generally adopted as the go-to combat trouser. Most general histories of the cargo pant online jump from their general adoption by armed services to their mass appeal in the ‘90s. This was in no small part due to military gear in hip hop style, something we can talk about later when we get to Snow Beach and all that stuff. It also probably had to do with Desert Storm. But somehow, inexplicably, they became totemic of everything that was just wrong about the ’90s.

All clothing comes from somewhere. As we know with menswear it tends to be either the field of battle or the field of play. WWI gave us the trench coat. WWII gave us the T-shirt and the bomber jacket. Vietnam gave us the field coat. But the cargo pant, arriving as it did and when it did, exists not in relation to some iconic and impossible ideal of rugged manliness in the way that other bits of militaria still do. The cargo pant was a declaration of usefulness by increasingly useless men who dressed to live in an increasingly useless world.

Even though I might never wear them, it sort of makes a lot of sense that I own a pair.